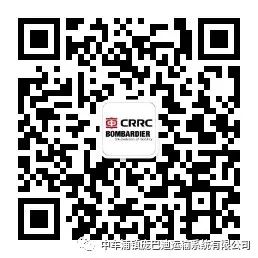 On November 12th, the China Rubber Wheel Rail Transit Collaborative Innovation Development Alliance was established in Wuhu. More than one hundred people, including relevant representatives of Wuhu Municipal Government, representatives of rail transit academy and industry experts, and representatives of R&D and production enterprises, participated in the meeting.

The meeting voted and passed relevant drafts such as the "Articles of the Rubber Wheel Rail Transit Collaborative Innovation Development Alliance", as well as the nomination list of the alliance's board of directors and the chairman and vice chairman.

Cheng Gang, deputy mayor of Wuhu, pointed out in his speech that the rail transit equipment industry is one of the ten strategic emerging industries in Wuhu, which is highly compatible with the major strategies with Wuhu, and the strategies include building "the Belt and Road" together, building "transportation power"，and high-quality "going global". Since the rail transit equipment industry settled in Wuhu, Wuhu has actively built an equipment base for the entire industry chain of low-to-medium-volume vehicle and wayside systems featuring rubber wheels. The output value in 2020 will exceed 2 billion yuan. The development potential and cluster effect of rail transit are gradually appearing.

At the meeting, Zhao Xiaowen, the Deputy general manager of PBTS, was elected as the vice chairman of the alliance. He made a keynote speech on "The market for rubber-wheel rail transit systems is broad, and the future is bright and promising ", and said that unleashing strong vitality, the straddle monorail transportation system has become a beautiful business card in Wuhu. The establishment of the Innovation Alliance will enable Wuhu to become a model city for the national rubber wheel system, and will greatly enhance the city's influence and location advantages.

A total of 41 companies have joined the industry alliance this time, making it the largest alliance in the domestic rubber wheel rail transportation equipment manufacturing industry. The establishment of the alliance will give full play to the work network and channel advantages of member units, promote the full cooperation of the entire industrial chain of upstream and downstream enterprises in the industry, establish an industrial collaborative innovation system, and promote the advanced industrial foundation and modernization of industrial chain.